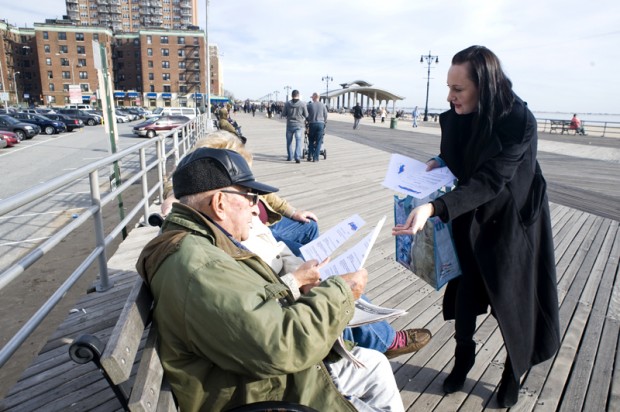 A small, but passionate group of Russian opposition activists is asking emigres in New York to deface their ballots in the Dec. 4 parliamentary elections in an act of symbolic resistance.

The technique is called “Nacht-Nacht”: Voters mark their ballot with a large “X” or write an off-color word or phrase. In Russian, “Nacht-Nacht” is an obscene play on words intended to send a rude message to the ballot counters.

“It is a way of saying, ‘Go to hell’ to those in power,” said Natalia Pelevine, a Russian activist based in New Jersey, “saying, ‘We are not voting for any of you, we don’t believe in any of you.’” READ MORE

This entry was posted on Sunday, December 4th, 2011 at 3:38 pm. It is filed under Blog and tagged with Activists, Brighton Beach, Brooklyn, New York, News, politics, protest, Putin, Russia, United Russia. You can follow any responses to this entry through the RSS 2.0 feed.