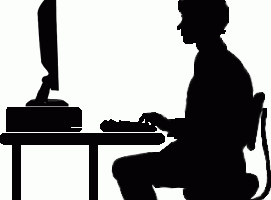 I am departing from my usual blog topics to write about a critical issue for bloggers and online journalists in Mexico. We’ve been talking about the cartel-related violence in one of my classes at CUNY. One of many disturbing aspects of this crisis is the effect the cartels have had on the press. Mexico is one of the most dangerous countries in the world for media professionals.

Just to get a sense of how dangerous, this map, created by the Tow Knight Center for Journalism in the Americas, details incidences of violence against the press in 2010 alone.

Because of direct attacks on newspapers, many journalists, as well as regular citizens, have turned to the web to get and disseminate information anonymously. But, a gruesome double murder last month indicated that even this may not be safe enough. It is still not known if the two victims were actual bloggers or if the cartel who claimed responsibility were bluffing.

Only a few weeks later, at the end of September, the murder of journalist Maria Elizabeth Castro in Nuevo Laredo marked the first explicit case of an attack in retaliation to social media journalism, according to the Committee to Protect Journalists.

The technology does exists to track internet users fairly easily, and it threatens the safety of internet journalists even if they use a pseudonym. But, while tracking technology threatens lives, other technology is helping to protect web users. A free software, called Tor, is being used to protect identities in Mexico and other countries where anonymity on the web is crucial.

I spoke with Tor’s executive director, Andrew Lewman, about how the software works and how journalists can use it to stay safe.

Lewman explained that Tor protects internet users by making it impossible to track where they are. It does this by re-routing a user’s web traffic through proxy servers around the world.

For example, right now I am blogging from Brooklyn, but if I were using Tor, a record of my web traffic would look like it was coming from different locations in the world all at once. Lewman likened the technology to a “relay race,” where information is being constantly bounced to servers around the globe.

For an anonymous journalist, this can literally be a life saver.

“The ISP (internet service provider) sees everything you do,” said Lewman. “All it takes is turning someone to leak all this data to you…that is where Tor could help at the most basic level.”

In Mexico, which has an extremely high corruption rate, it could  be the cartels requesting– or demanding– such records. But, Lewman explained, using Tor software will prevent people looking at these records from pinpointing an internet user’s whereabouts.

“The people would have to figure out how this person connects from Japan one minute, then Germany an hour later etc., etc.,” Lewman explained.

Of course, for the technology to work, it has to be used properly and it won’t protect anyone who has posted their real names or identifying features along with their web content.

In addition to providing software, Tor provides tech advice to journalists and activists on how to stay safe.

“Our expertise is becoming,’ here is what you need to worry about,'”said Lewman. “Most of our philosophy is– if you have the knowledge, you can make your own risk judgements.”

See more info on Tor here and to learn more about what the press is facing in Mexico, check out the Committee to Protect Journalists Mexico coverage.

This entry was posted on Wednesday, October 26th, 2011 at 1:42 pm. It is filed under Blog, Uncategorized and tagged with blogging, journalism, media, Mexico, technology. You can follow any responses to this entry through the RSS 2.0 feed.