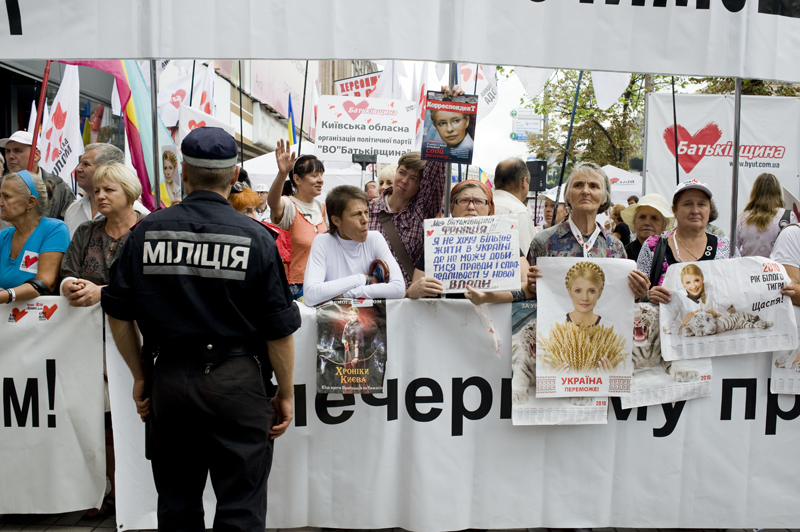 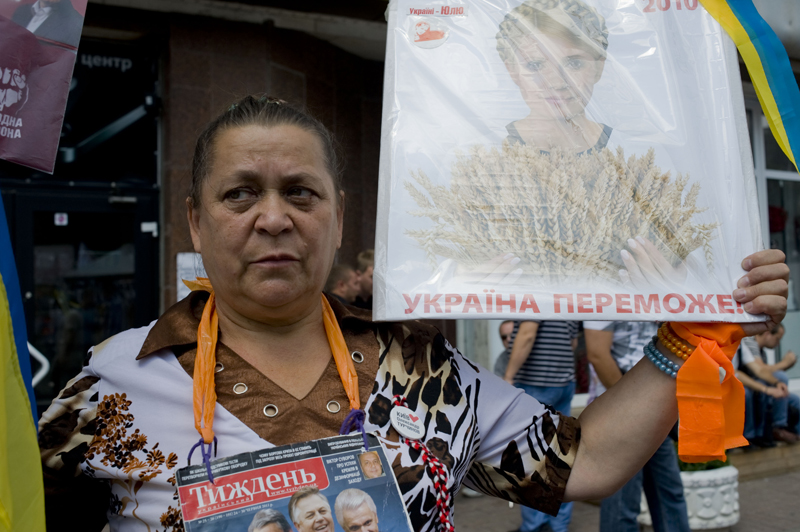 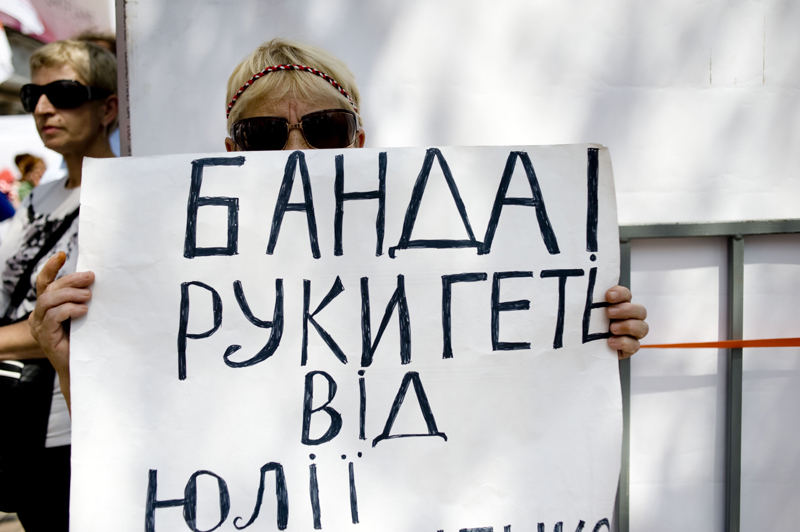 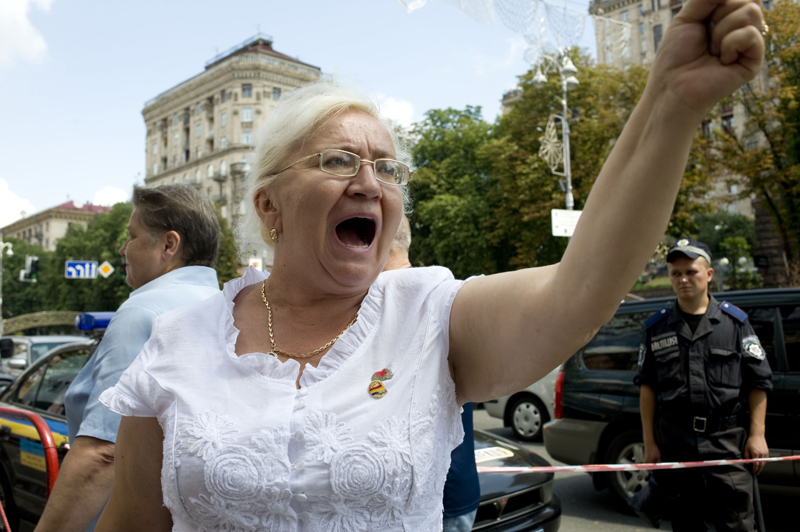 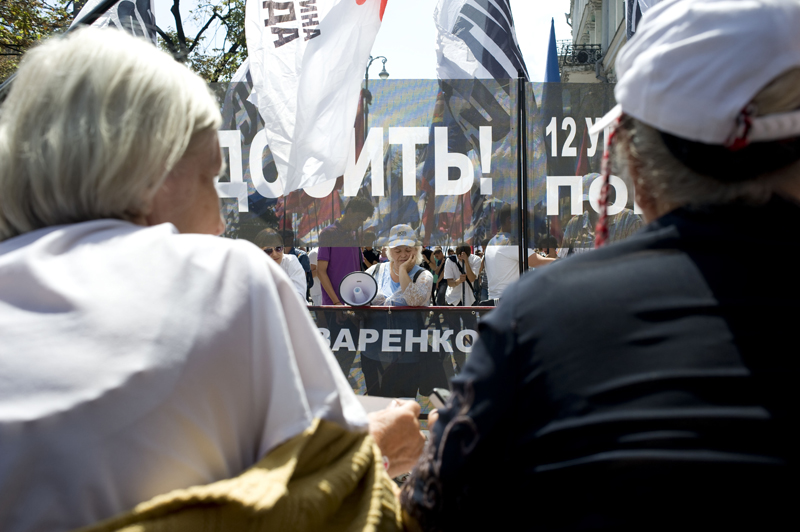 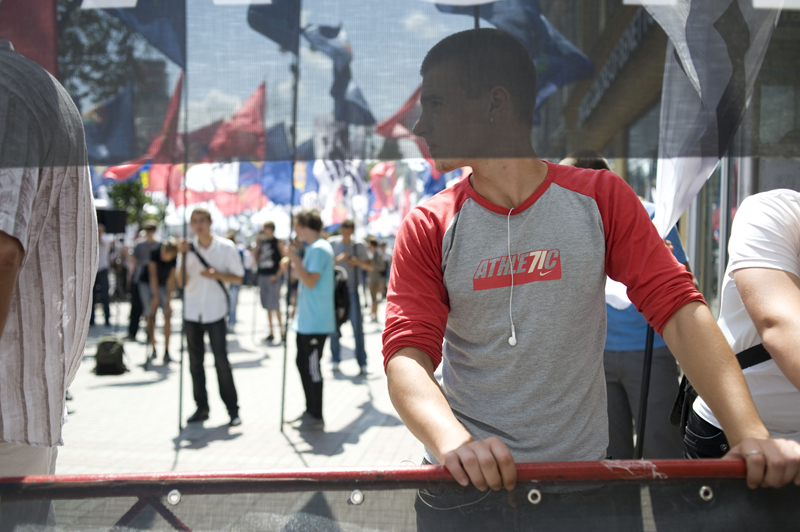 Yanokovych's rally was kept behind barricades. No press were allowed inside. 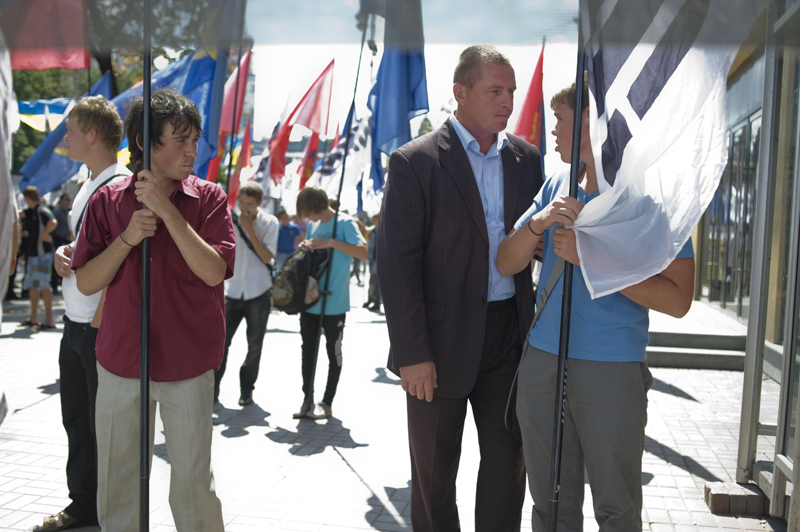 When one young flag bearer stepped out of line, he was quickly yanked back into place. 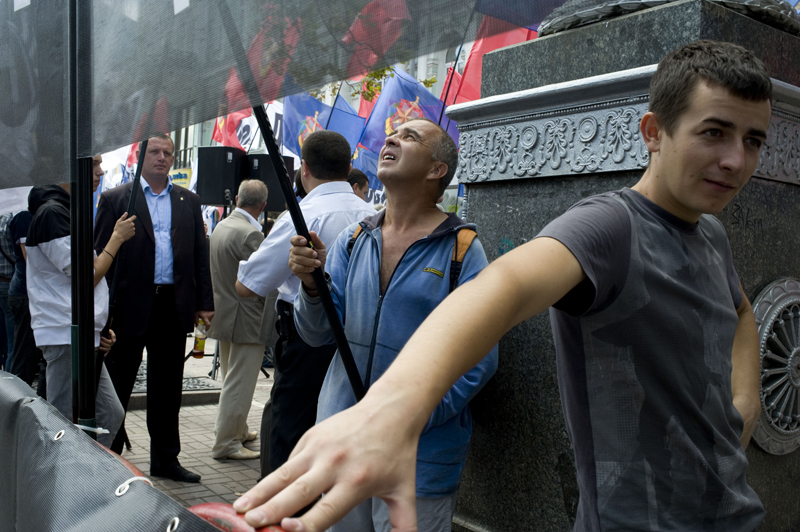 Yanokovych's protestors seemed largely uninterested in what they were doing. 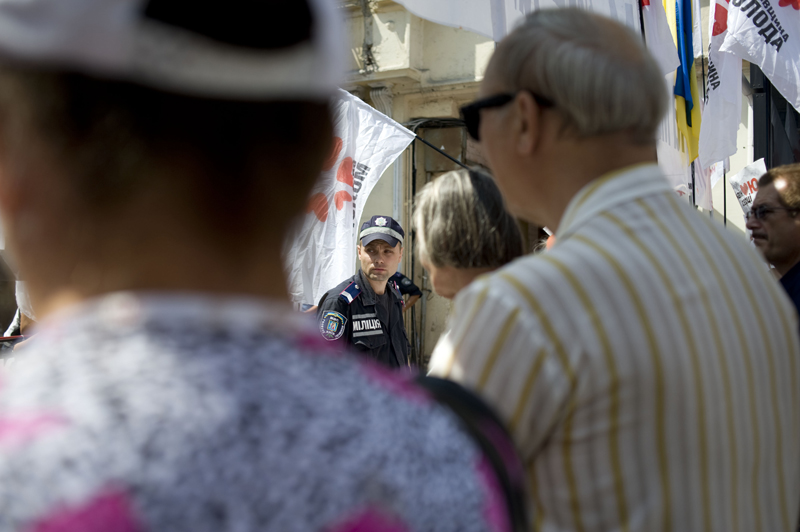 Police guarded the entrance to the courthouse. 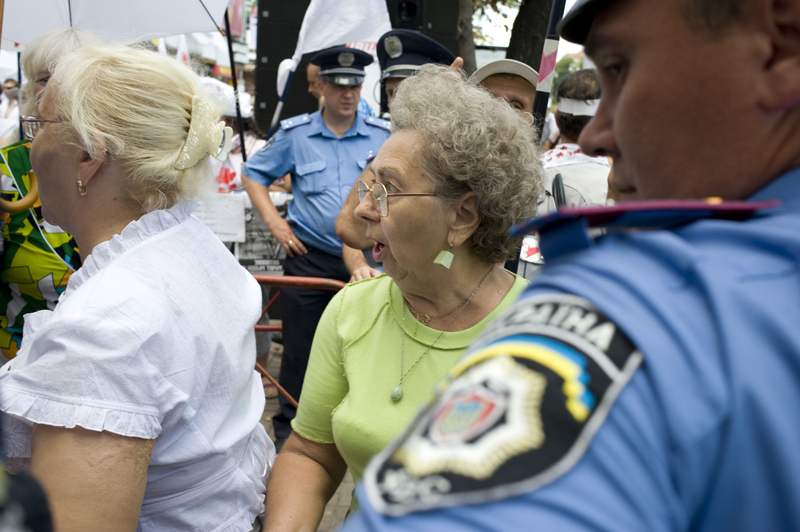 Police enforced the narrow seperation zone between the opposing sides. 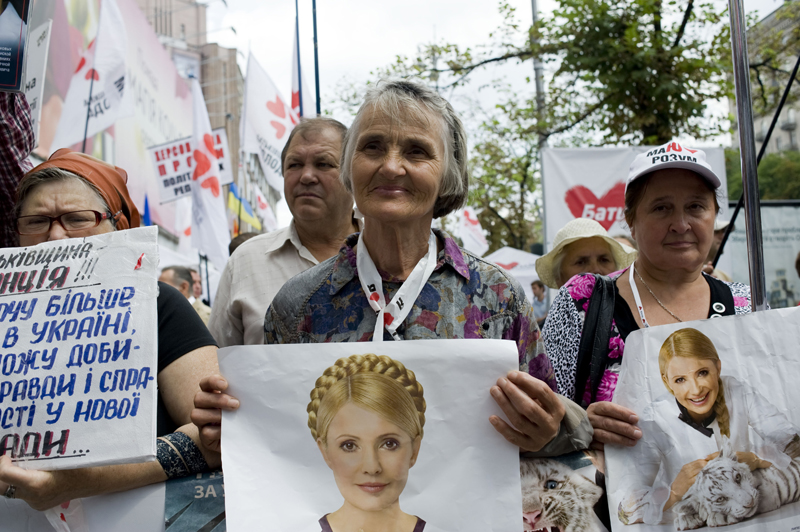 For the most part, the rally remained peaceful with demonstrators calmy holding signs and photographs. 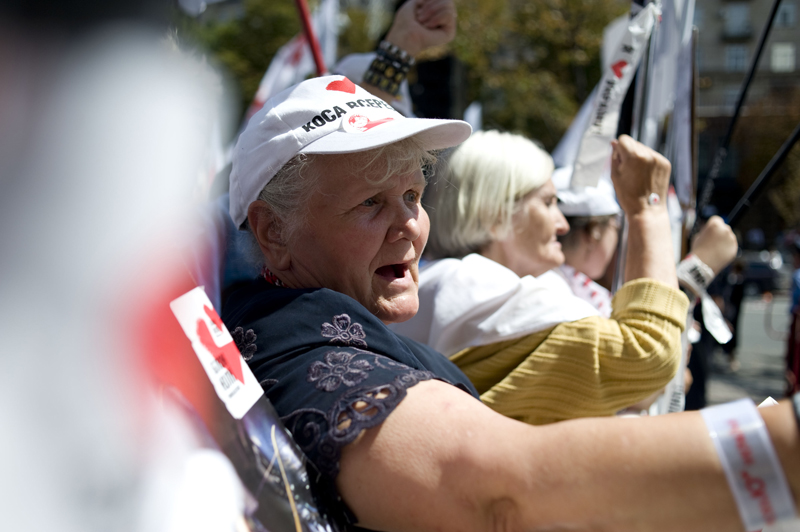 The majority of pro-Tymoshenko ralliers were older women. 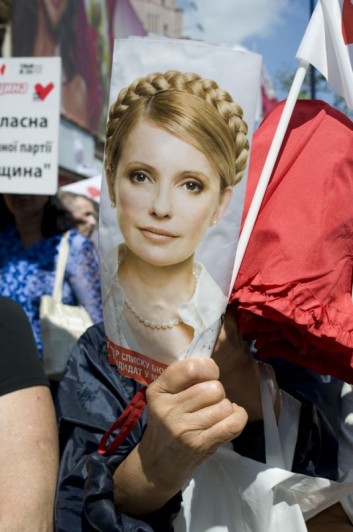 A supporter displays a photograph of the former PM with her signature braid. 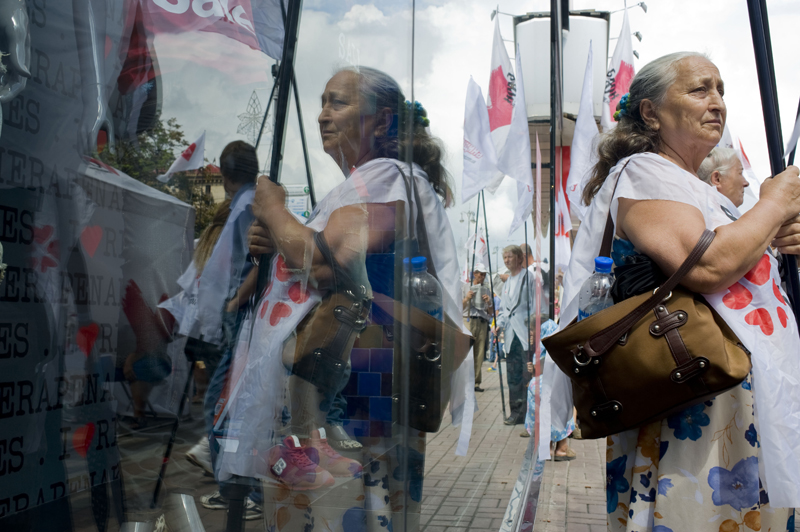 Since Yulia Tymoshenko’s criminal trial began in June, supporters of the former prime minister, who is in court on multiple abuse of power charges, have been flooding the street outside of her court room.

Tymoshenko’s supporters, mostly older Ukrainians passionately defended their beloved leader with flags, photographs and homemade posters. On the other side of the road, men in suits roamed through a neat grid of flag bearers, occasionally yanking a teenager back in place, or looking suspiciously across the barricades they had erected around them.

It is suspected, and from what I saw it seems to be true, that Yanokovych’s party has paid these “protestors” for their time.

This entry was posted on Sunday, July 24th, 2011 at 8:55 am. It is filed under Blog and tagged with Kreschatik, Kyiv, Photos, politics, protest, Tymoshenko, Ukrainian culture. You can follow any responses to this entry through the RSS 2.0 feed.

One Response to Political face-off outside Tymoshenko’s courtroom

One Response to Political face-off outside Tymoshenko’s courtroom